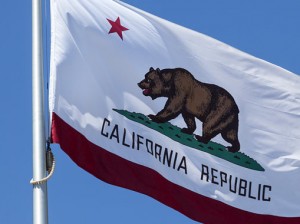 Therefore, as new plans begin or plans renew on or after January 1, 2015, employers will have the following options for waiting periods (depending on the medical carrier):

Please check with your medical carrier for details or we can assist you to ensure you have the best option for your group.  If your group would like to change your waiting period for first of the month following 60 days, as your plan’s current waiting period was changed upon your renewal in 2014 to a lesser waiting period, this MAY be an option in 2015 (depending on carrier), or you can change upon your next renewal.

Federal action on waiting periods-in this case orientation periods – is also occurring at the federal level. In a final rule released in June 25, 2014 the Internal Revenue Service, the Employee Benefits Security Administration, and the Health and Human Services Department are authorizing an employer (who is offering ACA defined credible coverage) to have a “bona fide orientation period that occurs before the 90 waiting period begins. That means an employer that offers health coverage to employees could have an additional month of time before adding a new hire onto their health policy if there is a bona fide reason for an orientation period.

Under the final regulations, a group health plan and a health insurance issuer offering group health insurance coverage may not apply any waiting period that exceeds 90 days. The regulations define “waiting period” as the period that must pass before coverage for an employee or dependent who is otherwise eligible to enroll under the terms of a group health plan can become effective. Being otherwise eligible to enroll in a plan means having met the plan’s substantive eligibility conditions (such as, for example, being in an eligible job classification, achieving job-related licensure requirements specified in the plan’s terms, or satisfying a reasonable and bona fide employment-based orientation period.

The federal orientation period rule becomes effective on all group policies issued or renewed after January 1, 2015.

This content is provided for informational purposes only.  While we have attempted to provide current, accurate and clearly expressed information, this information is provided “as is” and MNJ Insurance Solutions makes no representations or warranties regarding its accuracy  and completeness.  The information provided should not be construed as legal or tax advice or as a recommendation of any kind.  External users should seek professional advice form their own attorneys and tax and benefit plan advisers with respect to their individual circumstances and needs.

Section 125: Advantages for the Employer AND Employee
Scroll to top